Hamilton golf club which was formed in 1896 is the oldest established club in Victoria to remain on the same site.

Hamilton, 290 km from Melbourne in the centre of Western Victoria is known as the Wool Capital of the World. It is also well catered for with good facilities for indoor and outdoor sport.

Golf in the district had an early beginning when a group of local men returned from a trip to Scotland where they had seen the game played and they formed a club on August 5, 1896.

The members had previously played on links laid out on private properties, one of them being Prestonholme, 4km from Hamilton, which was owned by Mr Learmonth, one of the original members.

The club was fortunate in the generosity of Thomas and James Robertson and W.H. Melville who in 1905 purchased land fro $2360 which had been leased from the Hon. Mr McKellar since 1897.

The original 9-hole layout measured 2600 metres with grass greens enclosed by wire fences. Several wire netting fences (Bunkers) were constructed across the fairways at strategic places as well as two water hazards, which were used to water the sheep during the off season.

In the beginning a shed was purchased for $7 to become the clubhouse until 1906 and a “new” clubhouse was built for $1400. The plan for the new clubhouse was that in a time of need it could be sold as a private residence.

In fact, this never occurred and over the next 90 years it was added to and changed to suit the needs of the members including a complete remodel and enlargement in 1979.

A further remodelling was undertaken in 1993 to accommodate 25 Tattersall gaming machines.

The course remained nine holes until 1933 when 18 holes with grass greens were opened. The original 86 acres remained the main area for the club until 1963 when an adjoining 60 acres were purchased. The committee appointed the late Major Jock Whillians as the course architect with instructions to design an 18 hole championship layout with the minimum of interruption to play and as little loss of trees as possible. The new layout was officially opened in 1973 by the president of the VGA Mr. J. R. Lovett.

Since then thousands of trees have been planted, flowering gums and wattle trees adding a blaze of colour and the usual problems for the wayward golf shot.

“Members are proud to be still playing
on part of the original site.”

Also, a watering system had been installed for all fairways, tees and greens, this being possible by the 38 mega-litre dam constructed in the middle of the course supplied with recycled water and street runoff. This has made spring, summer and autumn golf very popular with large fields on all golf days.

The length of the course is 6070 metres par 73, and for women 5259 metres par 74 and members are proud to be still playing on part of the original site established in 1897.

Hamilton Golf Club joined the VGA in 1902 and Women’s Golf Victoria (previously the Victorian Ladies Golf Union) in 1907. Club membership had grown from 56 in 1898 (fees being 75 cents) to over 500 (fees being $300). Green fee players are welcome and during the summer many visitors avail themselves of the first class greens and well watered fairways. 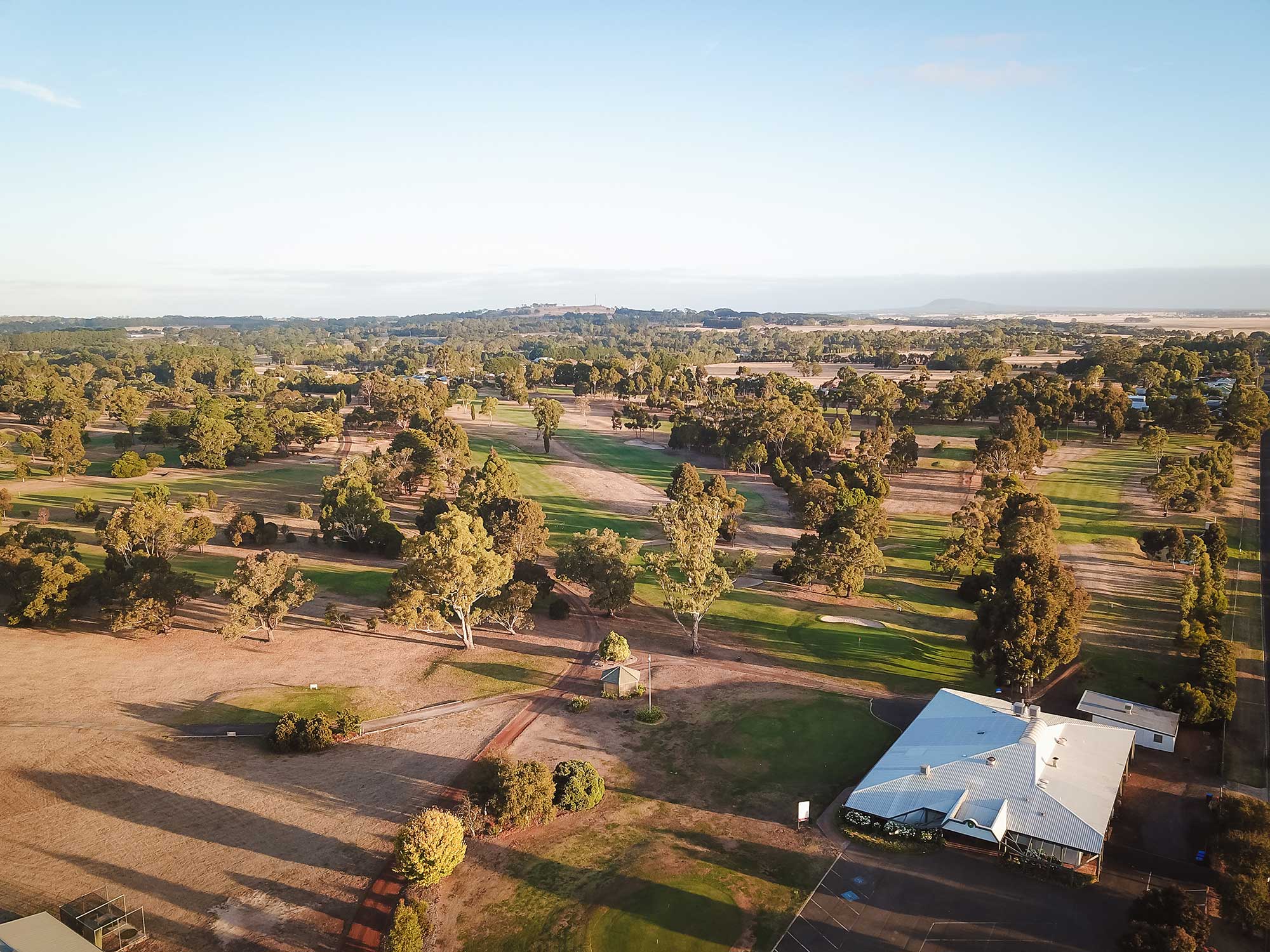 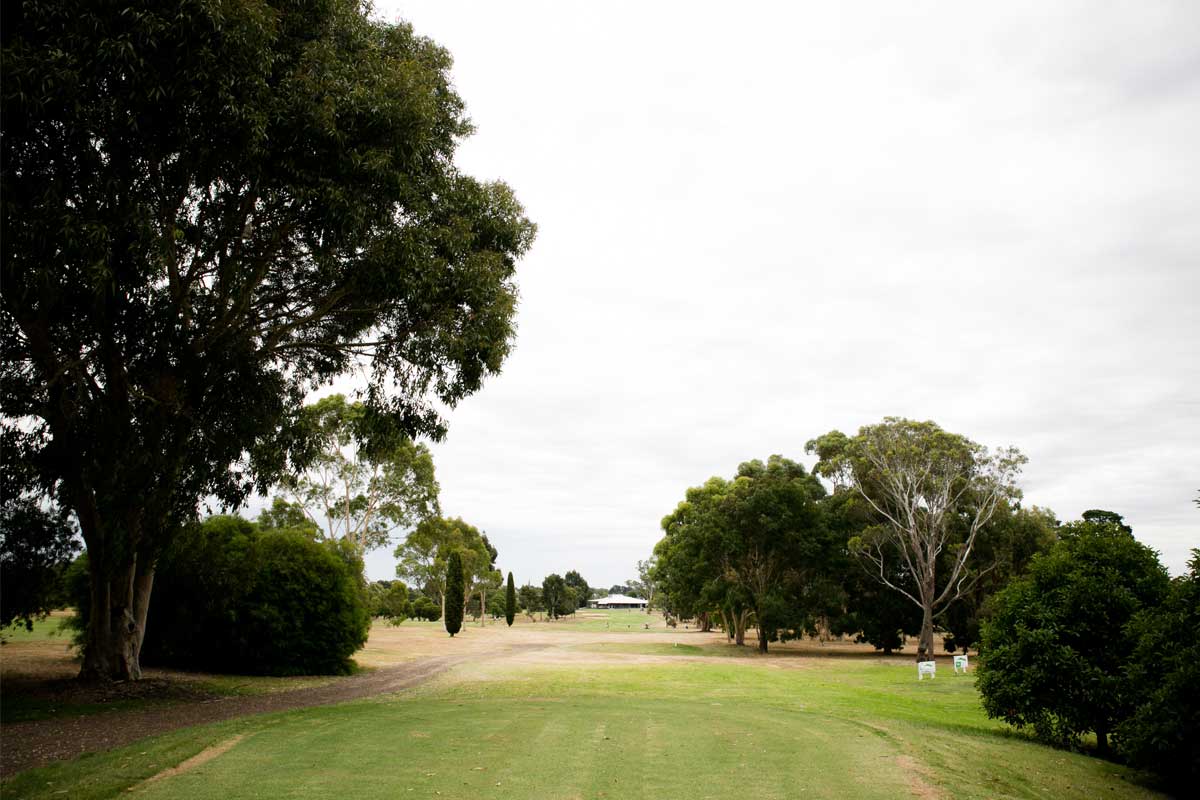 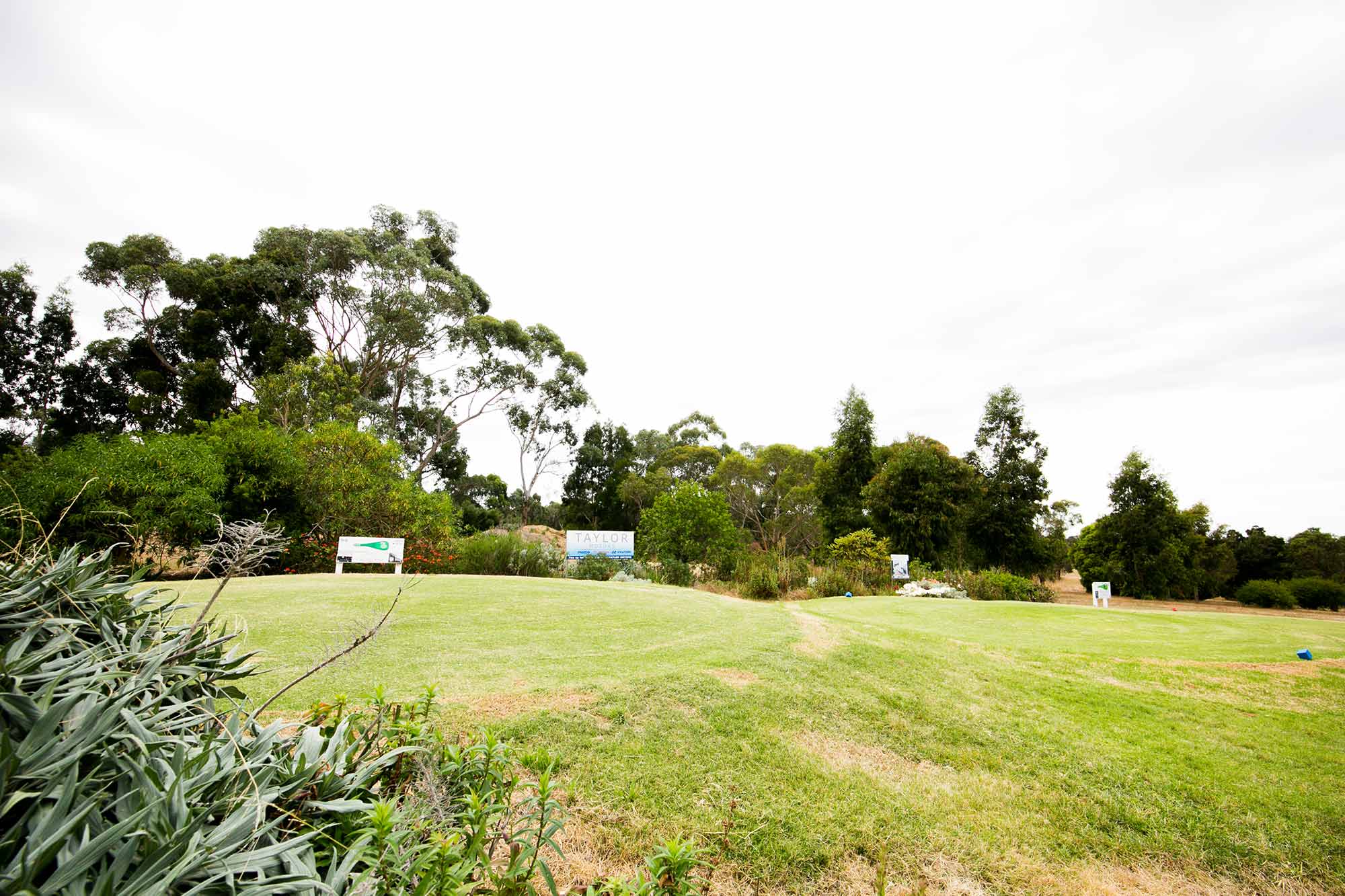 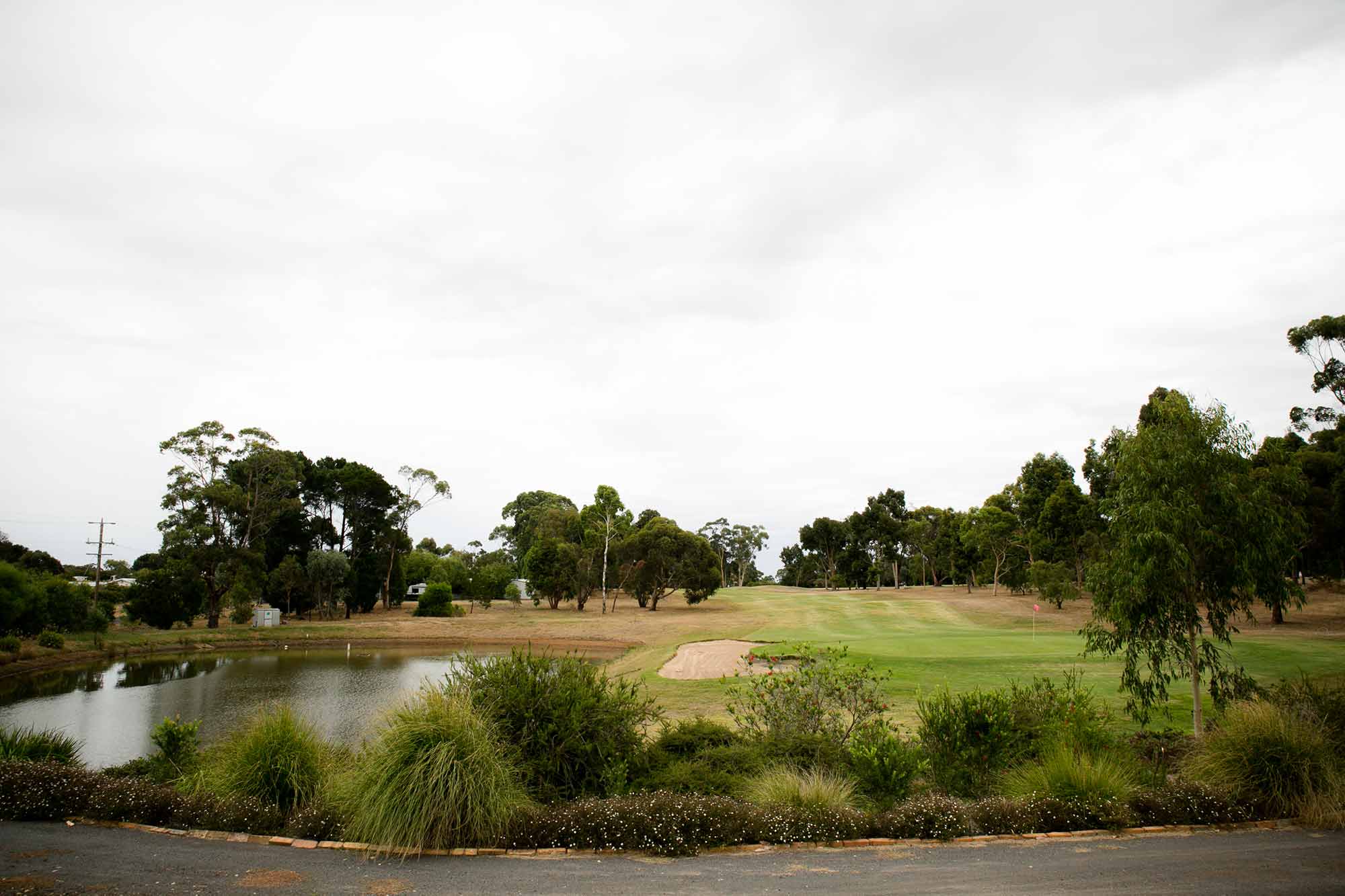 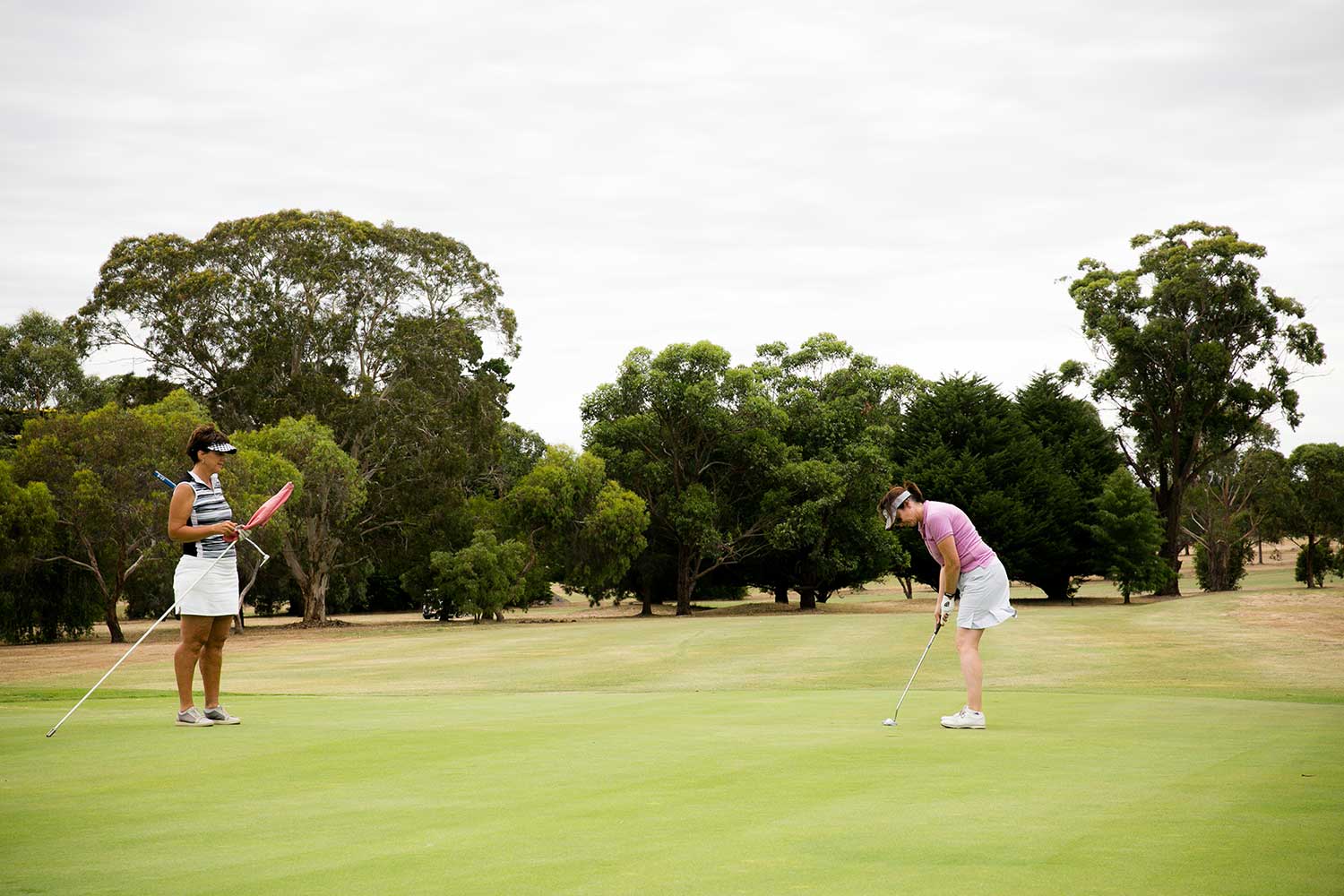 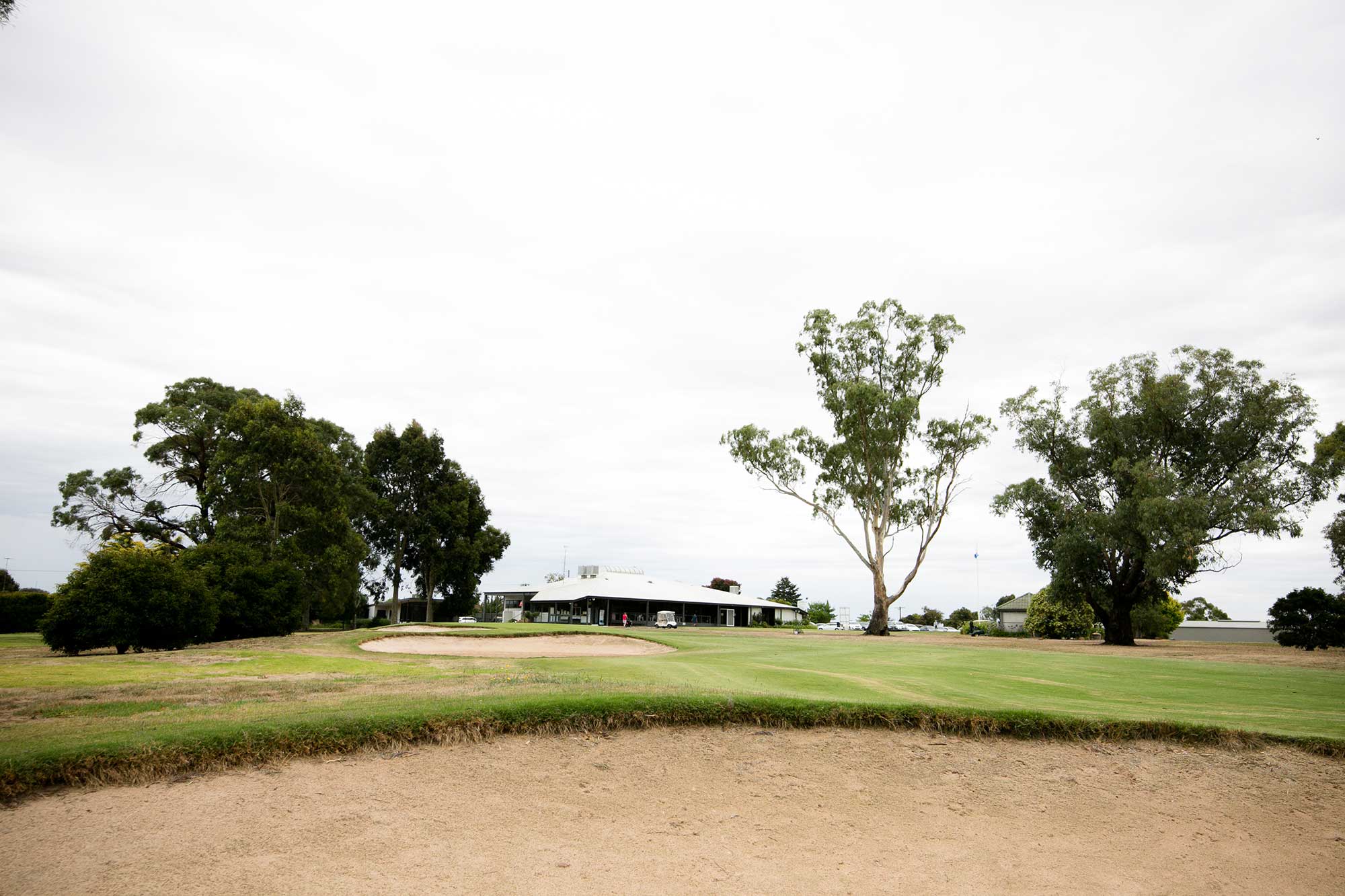